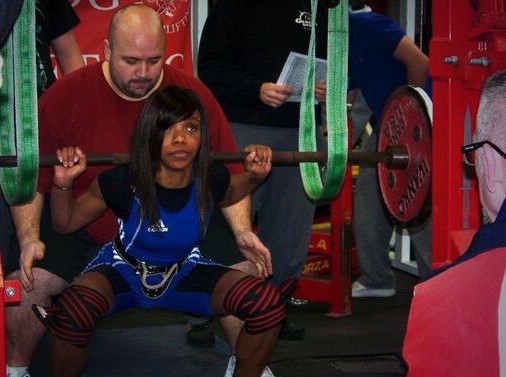 Posted at 05:00h in Uncategorized by admin 2 Comments
0 Likes

Monique Newton is aiming for her fourth title at the World Powerlifting Championships in Florida, USA in October (c) Monique Newton’s Twitter page

About four years ago, Monique Newton scoured the internet for obscure sports.

At 18, Monique had already recovered from cancer, overcome homelessness and battled through depression and a suicide attempt.

Monique needed a sport that would change her life.

Her internet search found powerlifting. Not a sport typically associated with young women of 5’4″ (163cm) and less than 50kg (110lbs), but Monique had been through too much to allow social stereotypes to stop her.

Monique walked into her first powerlifting training session aged 17 in January 2010. By November she was a world champion.

“I found powerlifting after a stint of being hospitalised after a suicide attempt,” Monique remembers. “I needed somewhere to direct my focus and it gave me something to wake up for in the morning. I’ve never been concerned about training and competing in a male dominated sport – it’s quite nice to be able to challenge people’s perceptions.”

Now 22, Monique is a three-time world powerlifting champion, currently in training to compete for her fourth title, and has broken over 45 British and European records.

Monique’s life story is littered with hardship but also with strength and courage. From childhood she has battled through adversity having been diagnosed with a ganglioneuroblastoma (a rare and aggressive cancerous tumor) aged three. Her parents were told she wouldn’t live to see her fifth birthday.

The intense radiotherapy and chemotherapy from that illness has left Monique with life-long health worries including a 20-inch scar and scoliosis or curvature of the spine. Remarkable, then, that she is still able to lift upto three times her bodyweight.

She hasn’t always excelled at sport, though. “At school I was always the worst at every sport,” she laughs. “When I was 15 I started thai boxing, and not only was I the youngest but I was the only girl in the gym. No matter what was going on in my personal life, whilst I was at training, I was able to escape from all my everyday problems and channel it into something positive. The gym was my safe place.”

“Every time I look in the mirror I am left with a constant reminder of everything I have been through.” (c) Monique Newton’s blog

But eventually life became too much. She fell out with her parents and was forced to leave her family home in Fulham, south London and support herself. A “bad relationship” with her then boyfriend heaped more worries on her young shoulders. At 16 years old Monique spiralled into depression and self-harm. One day she couldn’t cope and she tried to kill herself.

“I think being in hospital for seven months with depression was a big turning point for me,” Monique tells Women Who Like Sport. “I had a lot of time to reevaluate my life and a lot of time was spent building mental strength. One thing I learnt was to be clear about my goals. Whenever I want something I write it down.

“I also have a jar of positivity. Every time I do a good deed or achieve something it goes in my jar. When I’m feeling down and negative I take out a piece of paper and look at something good I’ve done. It reminds me that, actually, I’m not doing so bad.

“It’s been just under five years since leaving the Priory Hospital for my depression. If I was to say that things are easy then I’d be lying. It’s not necessarily that life gets easier, you just get better and more equipped at dealing with the problems life throws at you. It is through powerlifting that I learnt that the only limits we have are the limits which we set ourselves.”

Talking about mental health issues is often seen as taboo. Whilst some sportsmen, like ex-footballer Stan Collymore, hurdler Jack Green and former boxer Frank Bruno, have spoken about their battles with depression, it seems to be a rare feat for a sportswoman. “People are scared to openly admit to having problems because for many it is a sign of weakness,” Monique explains. “We all need a hand every now and then. That doesn’t make us weak, it makes us human!”

Not content with simply overcoming her own battle with mental health problems, Monique is trying to help others who have had similar experiences. She works as a mental health care assistant at the Priory Hospital and is a mentor for the Dame Kelly Holmes Trust, which aims to change young people’s lives through sport. “So many people have helped me on my journey. The hardest part for anyone is always that first step and asking for help,” says Monique, who is also an ambassador for charities Centrepoint, Young Minds and Neuroblastoma Children’s Cancer Alliance.

When she’s not focused on changing the lives of others, Monique is back in the gym and focused on medals. The Londoner is training to win her fourth World Powerlifting Championship title in October in Florida, USA, but knows it will be tougher this time around. “I’ve found it [competing] can be mentally draining. When I first started out I used to compete every month, but now I try to limit myself to no more than three competitions a year,” she says. “I try to remain consistent with my training and train a minimum of three days a week, but I have two jobs and I’m an ambassador for three charities so it depends on my other commitments too.”

Survival and triumph appear to be regular components of Monique’s life. Twice she has been on the brink of death and twice she has battled back. Far from being a distraction, her turbulent journey has paved the way for her success in powerlifting. “It’s important to remember how far you have come,” she says. Every struggle you have faced has helped shape you into the person you are today. It’s through our greatest struggles that we are able to find strength.” 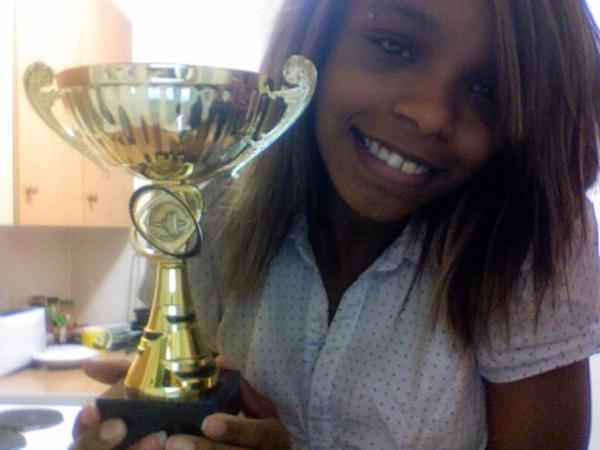