Sportswomen do exist during the football World Cup… 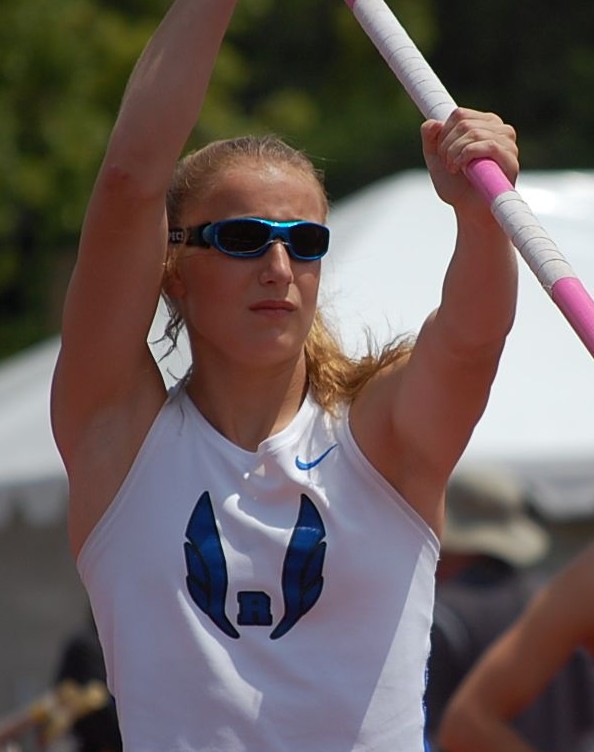 17 Jun Sportswomen do exist during the football World Cup…

The football World Cup is awfully male-centred, isn’t it? A flick through the country’s newspaper back pages and you would think sportswomen didn’t exist around about this time every four years. But they do; and they are still achieving phenomenal feats for often a fraction of the pay and a slither of the media coverage.

And that is what Women Who Like Sport is all about: a celebration of sportswomen around the globe. Below are three sportswomen without the gigantic media profile of multi-millionaire footballers who have defied the odds and set extraordinary benchmarks both on and off the field. Their inspirational stories will be told in more detail on Women Who Like Sport in the coming weeks.

Monique went from child cancer survivor, to homeless teen, to three-time world powerlifting champion. At three years old, her parents were told their daughter wouldn’t live to see her fifth birthday, but Monique defied the doctors to make a near complete recovery. At 15 she became homeless after she was forced to leave the family home in Fulham and just a few years later she was recovering in the Priory after a suicide attempt and mental breakdown. “Upon leaving I decided I needed to take a hold of my life and make it into something I would be proud of and happy to live,” she says in her incredibly insightful blog. It took less than a year for Monique to become power lifting world champion after taking up the sport. She has since become three-time world champion and can lift more than three times her body weight. The 22-year-old is an ambassador for charities Centrepoint, Young Minds and The Neuroblastoma Alliance and often speaks out about social issues and inequalities.

More: Watch Monique’s journey to her second world crown, beautifully encapsulated by Adidas, who featured her in an advertising campaign back in 2012 (3:42 mins).

“You’re going to do what?” Charlotte remembers her parents reaction when she said wanted to give pole vault a try. The 16-year-old from Texas in the United States had already had some success as a sprinter and had played volleyball and basketball, but would this be a step too far? Charlotte is legally blind and just about able to distinguish between light and dark but, incredibly, still competes with full-sighted athletes. Charlotte’s guide dog leads her to the pole vault runway, whilst she listens to the whistles of her coach Jeff Lester and a series of high frequency electronic beeps to keep her running in a straight line and indicate where and when to plant her pole. Charlotte is able to rely on her other senses, which her father, Ian, says are extremely heightened:

“This fall at a football game my son was playing in, we were all in the bleachers and there were bugs flying around the lights. Two rows in front of Charlotte was her grandmother and she said, ‘Nanny, there’s a bug on your back.’ We asked, ‘How did you know that?’ and she said, ‘I could hear it land.'”

Charlotte recently finished fourth in the Texas High School State Championships pole vault with a best jump of 3.35m, four places above last year’s finish with worse vision. But despite her extraordinary and inspirational talent, Charlotte refuses to focus on being visually-impaired and even wants to compete in the Olympics rather than the Paralympics: “The fact that I can’t see is not who I am. I just happen not to be able to see. I don’t go up to people, ‘Hi, I’m Charlotte, I’m blind.'”

More: Watch how Charlotte is able to leap more than three meters in the air despite being visually-impaired, as captured by espnW.com (7 mins).

I was trying to keep away from talking about that football tournament but Jaiya’s story is too important to overlook. She’s been identified as the world’s first transgender footballer to play in a World Cup qualifying game. Or at least, the first to be out. The American Samoan defender helped her country, ranked 198th of 207 teams in the world, to their first ever win against Tonga in 2011. Jaiya, 25, was born a male but brought up as a woman and identifies as ‘fa’afafine,’ a term meaning “the way of the woman,” which is given to a third gender in Samoan culture. It’s a shame not all nations are as respectful and inclusive as American Samoa’s. When Jaiya went to trials at her college in Hawaii, the coach all but told her to leave and she was refused the opportunity to showcase her talents. “Being a part of the American Samoa soccer team there were no hurdles at all, except when we would have to play against other national teams. They would target me on the pitch just to affect my game,” Jaiya said in an interview. She plays a key part in a recently released documentary about American Samoa’s attempts to qualify for this summer’s World Cup, and is using her recent fame to tackle discrimination in the sport. “It’s such a beautiful sport. It should be available to everyone in the world,” Jaiya said.

More: Watch a heartfelt interview with Jaiya at the home of English football, Wembley Stadium. Includes some humorous clips from the Next Goal Wins documentary (7 mins)